How can one sweet little boy turn into such a little stinker in a matter of minutes? 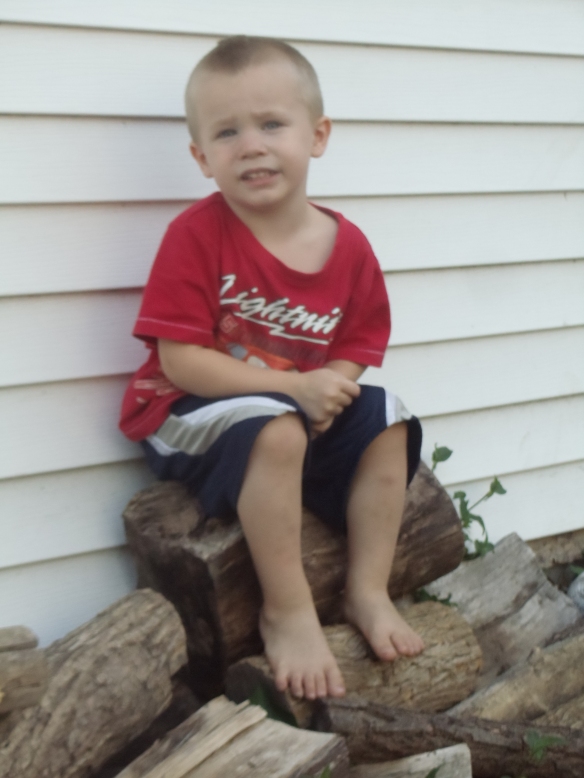 When you tell him he has to poop in the potty.

But tonight was a night for celebrating and extra cookies. If you are a parent who has recently been doing the potty training thing, you will understand and find humor in it. If not, you will probably find a post about pooping quite boring. But sorry, I don’t care… Because this is a happy time for Mommy!

Collin is pretty much potty trained, and a good thing because he’s gonna be three in less than a week. But for some reason he just wont poop in the toilet. He will whine and cry for a diaper. I have done everything imaginable to get him to just SIT on the toilet, besides tying him down. And I am so sick of skid marks in the little Tansformer underpants and cleaning up turds. I am tired of cleaning the damn carpet. I am tired of extra unnecessary laundry. I am tired of trying to bribe him to just to take a crap in the toilet. And as much as we love books around here, reading doesn’t work either.

But he finally did it! And it wasn’t with bribes, it was with creativity and I guess a little fear, as much as I don’t want to admit the last part.

He comes into the bathroom, “Poop, Mom. Poop!” Ugh! I resigned myself to cleaning up another mess, but he didn’t actually go. So I finally got my big girl pants/mommy britches on and quit giving in. “Don’t you dare get off that toilet until you poop!” He whined. He kept getting off. I kept having to get my tired butt off the Lightning McQueen footstool to put him back on. (Yep, I took a seat figuring it would probably take a while). “I don’t care if we’re here all night,” I told him. “We are not leaving this bathroom until you finish and go poop in that toilet!”

Needless to say, that didn’t work.

You know, he looked a little scared. “Mom, shut da door! Shut!” he motioned at the door with his little hand. I shut the door. I didn’t want to totally scare him, even though it was a little fun – I’ll admit it. And so did Bradley, who was in the shower and couldn’t resist popping out from behind the shower curtain at that moment and yelling “Boo!”

“If you make the poop face and go poopy in the toilet he will go away. He wont bite your butt.” And needless to say, after the look of panic on his face (even though he was having fun too, we were fighting a monster!), and repeating the process several times with lots of fart noises, and urgently glancing out the door, he finally pooped in the toilet for the first time!

We cheered. We high-fived. He was so proud.

So creativity wins out this time. I couldn’t bribe the kid to take a crap, but I was able to scare the shit out of him!

What kinds of trials and tribulations have you gone through with potty training? What worked and what didn’t? What did you find yourself doing that you couldn’t believe you actually did?

I once bribed Collin that I would let him use my computer if he went…kind of glad he didn’t that time because I probably wouldn’t have a computer left after that one.

My other favorite “creative” story was with my nephew, Jonas, when he was two or three. He was terrified of fireworks and would freak out. I asked him if he knew who Tinker Bell was and he did. I told him that Tinker Bell ate a lot of beans and that was her up in the air flying around and every time she farted it made a big bang and all those pretty sparks. He thought it was hilarious and totally forgot about being terrified. He was just looking for the little fairy flying in the air with exploding farts.

Sometimes you just have to be creative. And even though I kind of scared my sweet little blonde boy; we had fun, it worked, and I should get a gold medal for best creative story for taking a shit.

When the babies were little it was so easy changing diapers. They just layed there and we got shit done. I would line ’em up, wipe ’em down, and smack a diaper on their little butts. I had a system and I was fast. If it was a sport I would have a medal in it. But then they start getting a little older and they realize they have better things to do than to lay still and get their diapers changed; like scale the walls, swing from the ceiling fan, try to ride the dog like a horse, or one of their other favorite past times that makes me over exert my vocal chords.

So what do you do when you’re trying to change a diaper and your baby (or babies in my case) seem to have taken on some sort of super human baby strength? I have tried an assortment of methods.

I always seem to start with reasoning, which is the natural and logical starting point in my opinion. But it never works, no matter how smart you think your baby is.

Sometimes I give them something to hold onto so they will occupy themselves, which nine times out of ten gets thrown at my face. Dang, they can aim.

Most of the time it ends up in a wrestling match. I try to hold her between my knees so she can’t roll. I grab a shoulder and roll her back over to her back. I fumble around looking for the tabs to the damn diaper between the screams and the fighting to get away.  This method rarely works either.

Distraction. That’s what works the best. But it’s got to be something good. 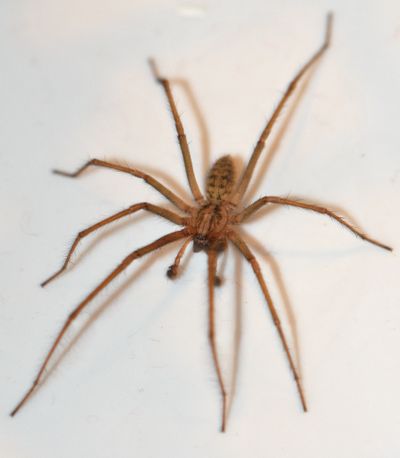 “Hey, look!” I say, pointing at the ceiling. “Do you see the spider?” I don’t know why, but they always stop and look for the spider. ALWAYS! Not Elmo, not Big Bird, but a spider. “See it?” I coax, while maneuvering the diaper under their butt and pressing down the tabs while they are still searching the empty ceiling with their big blue innocent eyes looking for a spider. Easy! Done!

But I’m not a horrible mom and we don’t have spiders on our ceiling. So then I sing them the “Itsy Bitsy Spider” song and everything’s good. Until my six-year-old comes around the corner, “Where? Where? I don’t see no spider!”  He used to have an imagination. I shush him and go to the next baby and the next diaper.

I can’t wait until these kids are potty trained.

What are your tricks?